On August 18, 2016, the Ukrainians celebrated the third anniversary, when the main Ukrainian Greek Catholic Church sanctuary, the Patriarchal Cathedral of the Resurrection of Christ had been blessed. What are the contemporary and the future changes in the construction of the church? The bishop Yosyf Milyan, the auxiliary bishop of the Kyiv Archdiocese and the Head of the Supervisory Board for the Patriarchal Cathedral Construction tells the Information Department of the UGCC about these issues.

The Patriarchal Cathedral has been built during 12 years. The Greek Catholics could have built it much faster, nevertheless, the directory of the Church vehemently rejected the support of the bigness and the leadership.

The jubilee of the 1025 years from the moment of Rus’-Ukraine has been baptized became the date of the blessing of the cathedral. The process of building was at the stage, when the Eucharist could be celebrated within the walls of the cathedral and on its altar.

The church and the part of its interior were constructed before the moment of the blessing. These were artfully paved floor, the refectory altar, the offertory table, the sacristy for deacons, the proskynetarion, two side altars and the cathedra, made out of pure marble.

The sanctuary has not got the permanent iconostasis yet, nevertheless, there are the samples of future icons incorporated into the ancones, that will be made in mosaics in due time.

Recently, Lviv masters-carpenters started to make furniture for the sacristies and bookshops.

For proper functioning of the Patriarchal cathedral, the heating system has been installed that heats the church; there is also cooling system there.

The Patriarchal residence has the solid-fired boiler that allows saving costs. There will be one more such a boiler that will heat the church in future. The position and the approach to cost effectiveness regarding the energy resources of His Beatitude Svyatoslav, the Head of the UGCC, has played the key role in this initiative.

There are specially instrumented rooms for producers and camera operators who work on the broadcasting of the Divine Liturgies from the Patriarchal cathedral.

There is the place for the renewed Voskresinnya radio (Zhyve/Alive Radio) in the Patriarchal center, from where diverse radio programs as well as the programs on-the-air are broadcasted  that give the possibility to listeners to hear not only preaching but also get the information on the recent events regarding the life of the Church, Ukraine, and the world.

The realization of the expensive project on making communication for the cathedral and contiguous territory has started. That has been made with the assistance of the professional Polish company, which has big experience in this domain and is respected in Europe.

The project for the territory fencing of the Patriarchal center is ending; the entrance and exit gates are being installed. In the nearest future there is the plan to start the process for the exterior of the center, namely, to make stone-block pavement that has to cover approximately two thousand square meters as well as bushes and trees transplanting and creating flowered beds and installing watering.

The church will include five catechetical classes, where the children and the youth will have the possibility to develop their spiritual, intellectual skills and get know God on more profound level.

After the Cathedral is repaired, the conference hall of 250 seats as well as Patriarchal refreshment room, where the parishioners and the guests of the church will be able to have cookies and coffee, will start to be arranged. 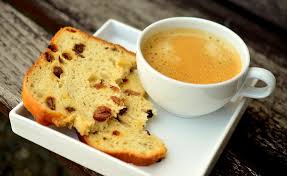 According to: Oksana Klymonchuk’s interview with bishop Yosyf Milyan, the Information Department of the UGCC; Wikipedia