The ecological patriotic pilgrimages have already become popular and traditional. Usually, they are organized by the seminarians of the Lviv Spiritual Seminary, led by brother Serhiy Dovba, and attended by the patriotic Ukrainian youth who strive for a deeper understanding and unveiling of God through His creation. 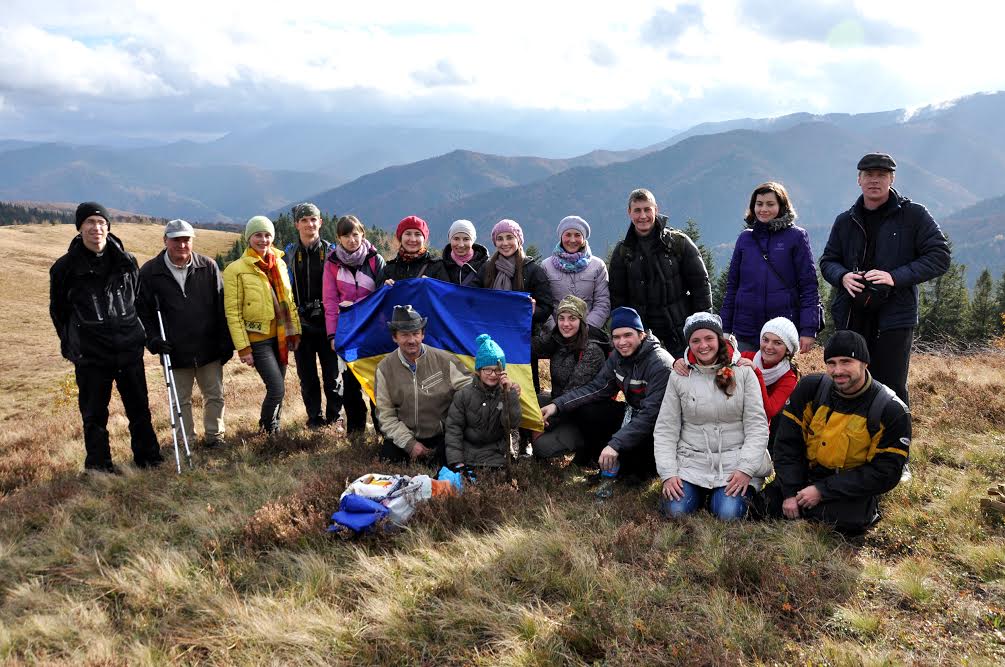 Additionally, the 72nd anniversary of Andrey Sheptytskyi’s passing away, as well as the International Day for Preventing the Exploitation of the Environment in War and Armed Conflict, were commemorated. After coming back to Lviv, the Vinnytsya pilgrims got to know the Lviv members and went together to the town of Dolyna (in the Ivano-Frankivsk region).

Then, the eco-pilgrims went to the village of Lypa where they had a vigil with a nightly bonfire and prayed with the local priest, Rev. Vasyl Buriy. The sang songs with a guitar accompaniment, eating “resistance army” soup and excellent uzvar (compote).

The spiritual leader of the pilgrimage, Rev. Mykhailo Dzul, presented to the participants the activities of the Church Nature Care Institution (the Ecological Bureau) and showed a video-presentation devoted to the ecological education of every Christian.

The second day of the pilgrimage started with Divine Liturgy in the Church of the Ascension of Our Lord Jesus Christ. The priests, Rev. Vasyl and Rev. Mykhailo, stressed that, “careful treatment of the environment and natural resources is a certain kind of love to God and patriotism towards our Motherland, Ukraine, ”in their preaching. 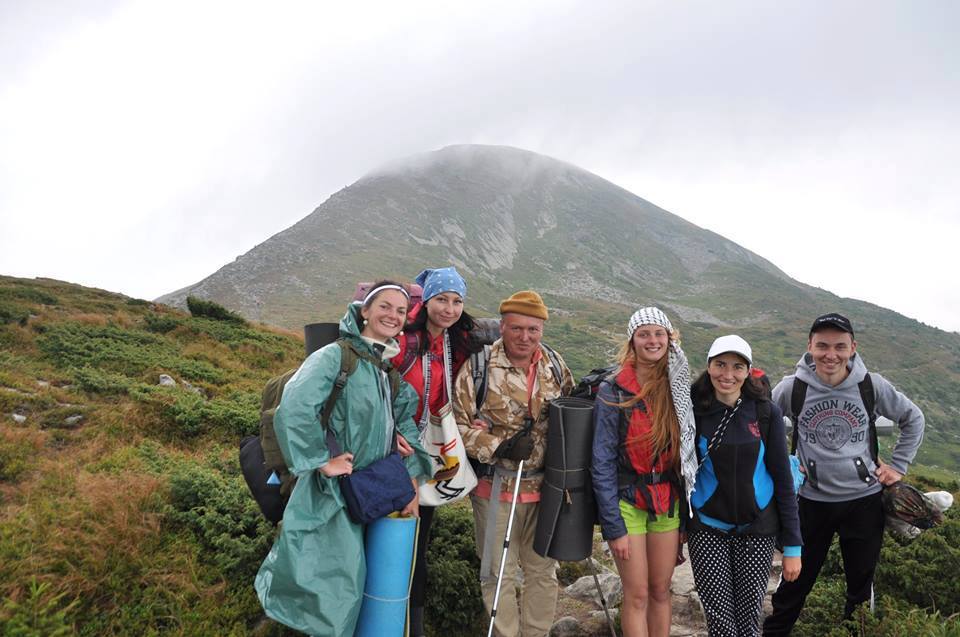 After a hot bonfire and cooked breakfast, the youth climbed the mountain of Yavoryna. During the process of climbing, the pilgrims were considering the stations of the ecological Road of the Cross. The prayer induced them to think about their personal lives and to make parallels between the suffering of the Son of God on the cross and the harm that contemporary person cause for God through the ecological destruction.

The 12th Station became the culmination of the climbing. It was a prayer at the place of the death of Yaroslav Melnyk, the leader of the Ukrainian Resistance Army, as well as of the other soldiers of the army who had laid down their lives for their and our Motherland 70 years ago. The Road of the Cross ended at the cemetery of the resistance army in the woods, where a memorial service was served and the national hymn of the country was sung. On their way back home, the eco-pilgrims cleaned the route that they had gone by from the garbage that other tourists and locals had left on this blessed with blooded land.

On Saturday evening, the route was continued by coming to the monastery of the Basilian Fathers in the village of Hoshiv where the pilgrims had an excellent opportunity to pass the night away and to pray in front of the Queen of the Carpathian land, the wonder-making icon of the Theothokos in Hoshiv. After the common rosary prayer in the monastery, all the participants moved to Stryi where they visited the Wrestlers for Ukraine’s Independence Memorial Complex. The museum (which was previously a prison) visit and the narration of the tour guide on the terrible atrocities of the Soviet authorities left a deep, bloody track in the heart of everyone. 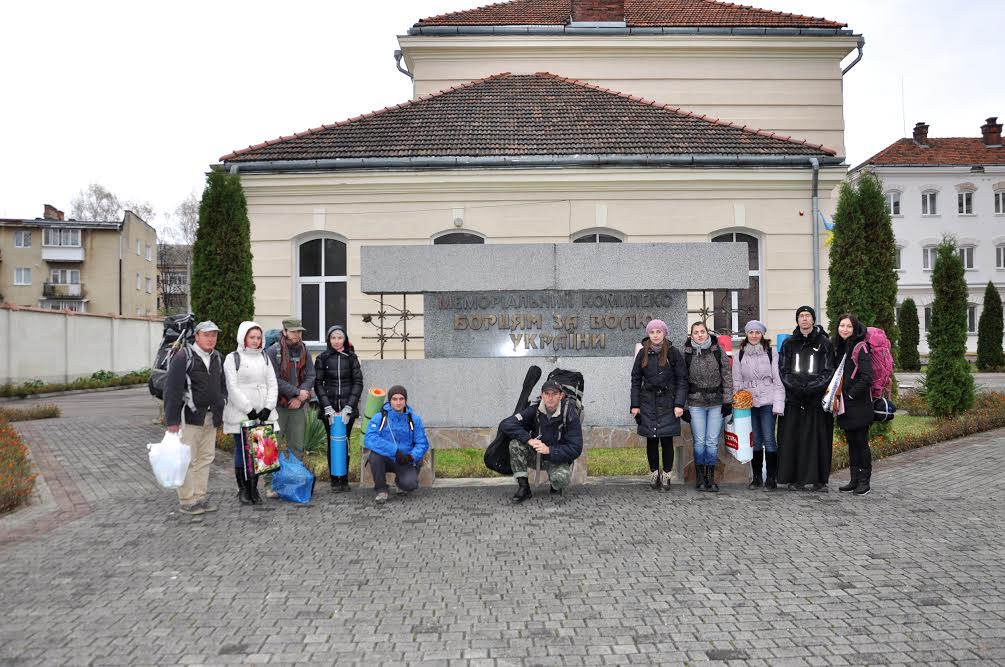 At the territory of the museum, Rev. Luka led the prayer for the dead Heroes, for the innocently killed victims of the Communist regime, for the tragedies that of which should never happen again. 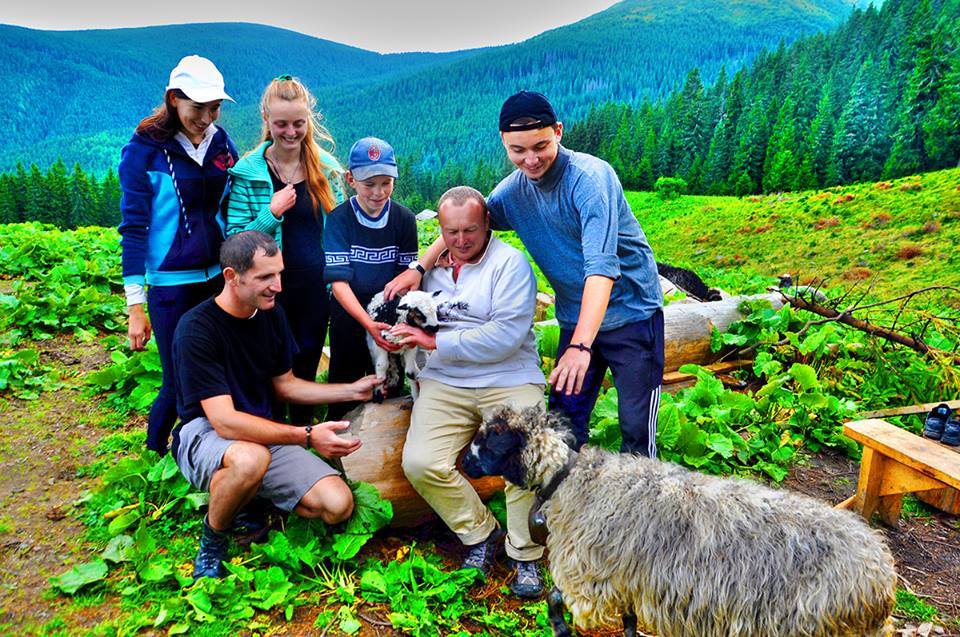 It is worth noting that, during the whole pilgrimage, despite the intense schedule, rain, and physical fatigue, the pilgrims were high in spirit and the spirit of prayer with a high ecological awareness was felt among the youth.

The pilgrimage ended in the train back home with guitar music, songs, and the performance of the hymn “O Tsarytse!” (“Oh, Our Queen!”).